WHAT WE’RE READING, WATCHING, AND LISTENING TO AT HORIZONS

In April, we joined many friends and colleagues in mourning the sudden loss of Peter Ackerman, a visionary and treasured leader in the field of civil resistance. One concrete way to honor Peter’s memory is to read and help spread his most recent publication the Checklist To End Tyranny, an important resource for anyone who cares about organizing to expand freedom over oppression. Mixed in with this sense of loss is also the great joy we experienced this month, as the Horizons team convened our first in-person gathering of an amazing group of women network leaders. During this time, we shared deeply our individual practices of “sensemaking,” a topic near and dear to us as one of our three lines of work at Horizons. You can read more about these practices in our most recent blog. We are also excited to welcome a new teammate, Nilanka Seneviratne, who joined us April 1 as Director of Operations and Systems!

Horizons continues to curate resources each month that bring together different ideas and perspectives linking issues of democracy, peacebuilding, and social justice. We hope you enjoy the many thought-provoking materials in this month’s VISTA:

Dissent and Dialogue: The Role of Mediation in Nonviolent Uprisings

While both mediation and nonviolent resistance have been the subject of significant scholarly work, the connection of the two fields has received less attention. Using newly collected data on nonviolent uprisings over several years in Africa, this report explores four distinct challenges: how to determine when the situation is ripe for resolution, how to identify valid spokespersons when movements consist of diverse coalitions, how to identify well-positioned insider mediators, and how to avoid the risk of mediation leading to pacification without transformative social change.

Red/Blue Workshops Try to Bridge The Political Divide. Do They Really Work?

Using an example of a Braver Angels dialogue in La Grange Texas, this article explores the work of bridgebuilders in the US including some limitations and criticisms of these approaches.

The Racial Politics of Solidarity With Ukraine,

This article delves into the nuances of the racialized response to the war in Ukraine both within the United States and abroad, highlighting existing tensions and different perspectives about the need for an anti-war movement to be aligned with racial justice.

How Companies Can Address Their Historical Transgressions

Some multigenerational companies or their predecessors have committed acts in the past that would be anathema today—they invested in or owned slaves, for example, or they were complicit in crimes against humanity. How should today’s executives respond to such historical transgressions? Drawing on her recent book about the effort by the French National Railways to make amends for its role in the Holocaust, the author argues that rather than become defensive, executives should accept that appropriately responding to crimes in the past is their fiduciary and moral duty. They can begin by commissioning independent historians, publicly apologizing in a meaningful manner, and offering compensation on the advice of victims’-rights groups. The alternative is often expensive lawsuits and bruising negotiations with victims or their descendants.

Special thanks to Ritta Blens for sharing this piece for us and our readers! While lengthy, this great article provides a comprehensive breakdown of how racism is showing up online in the US and abroad, as well as statistics for how Americans and others are choosing to respond. The article ends with some helpful recommendations for how organizations, journalists, and individuals can avoid unintentionally racist language, as well as address racism when you see it in your online communities.

During the 2022 National Week of Conversation, The Horizons Project, Beyond Conflict, and Urban Rural Action led a conversation on how communities can lead the way to revitalizing democracy in the US and beyond. You can check out the first part of the event in the link above.

America Needs To Admit How Racist It is

This is a heart-felt discussion on race relations with Bryan Stevenson, civil rights lawyer and founder of Equal Justice Initiative about how racism has poisoned America from the very start. The interview also offers ideas on how the country can reckon with our past and repair the damage it continues to do.

The Neutrality Trap: Disrupting and Connecting for Social Change

Bernie Mayer and Jacqueline Font-Guzman discuss their wonderful new book, with important reflections from the perspective of conflict resolution professionals about how the social issues that face us today need conflict, engagement, and disruption. Avoiding conflict would be a mistake for us to make progress as a country.

The American Academy of Political and Social Science, Democracy in the Balance Series

This recording is the third in a series of discussions on democratic vulnerability and resilience in the United States. The final webinar focused on the practical steps that can be taken to guard against democratic backsliding in the United States and how to bolster the integrity of our democratic institutions. Panelists included Judd Choate (Colorado Division of Elections), Lee Drutman (New America), Hahrie Han (Johns Hopkins University), and Larry Jacobs (University of Minnesota). You can download all the journal articles that served as a basis for this series here.

David French is a columnist for the Atlantic and the author of Divided We Fall, and Jonathan Rauch is a senior fellow at the Brookings Institute and the author of The Constitution of Knowledge: A Defense of Truth. In this podcast they discuss why the current culture wars have been intensifying and potential ways forward.

The Future of Hope

Ai-jen Poo and Tarana Burke join each other in conversation for this episode in a series from On Being on the future of hope. They discuss their beautiful friendship that has powered and sustained them as they are leading defining movements of this generation. It’s an intimate conversation rooted in trust and care, and an invitation to all of us to imagine and build a more graceful way to remake the world.

Deva Woodly from the New School for Social Research has published widely on democratic theory and practice, focusing on the function of public meaning formation and its effect on self and collective understanding of the polity. This podcast explores the role of social movements in democratic life and how we come to produce knowledge from those public conversations.

A talk with political scientist Thomas Zeitzoff, discussing survey results that seem to show an increase in Americans willingness to think political violence is justified, and how that relates to our fears about future violent conflicts and “civil war scenarios” in the United States. The podcast also covers the psychology of polarization, the Ukraine-Russia conflict, and the effects of social media on society in general.

A twitter thread breaking down the recent Jon Haidt article in the Atlantic, Why the Past 10 Years of American Life Have Been Uniquely Stupid.

Check out this overview of new research from Ike Silver and Alex Shaw published in the Journal of Experimental Psychology on how the common tactics people use to avoid taking a stand on hot-button issues can backfire, and the costs of moral neutrality.

Luke Craven reflects on the need for “values alignment” for effective coalition-building versus creating the conditions for “values pluralism.”

Using the Climate Crisis as an example, Prof. Katherine Hayhoe highlights the limitations of fear-based messaging, emphasizing the need to not only describe the problems we are facing as a society, but to also offer actions people can take and hope that change is possible.

An interesting discussion on the implication for journalists and media outlets on the ways their reporting is skewed by the highly polarized, politically informed populace versus most Americans who are not politically engaged and tuning out.

Gabriel Rosenberg is an Associate Professor of Gender, Sexuality and Feminist Studies at Duke University and describes why the new label of “groomer” being thrown at political adversaries is so dangerous.

AND NOW FOR SOMETHING COMPLETELY DIFFERENT

With all the heaviness of the world we want to leave you with something a little different. Music is such a powerful force, it has the power to inspire, celebrate, and even galvanize action. This section won’t always be a song but hopefully it’ll strike a chord with you as you go about your day.

Since Mother’s Day is quickly approaching, we wanted to include a musical tribute to all the mothers out there. And someone who’s music inspired has several of us over the years is Brandi Carlile. Her album By the Way, I Forgive You remains in heavy rotation. So, we present for your enjoyment, The Mother. 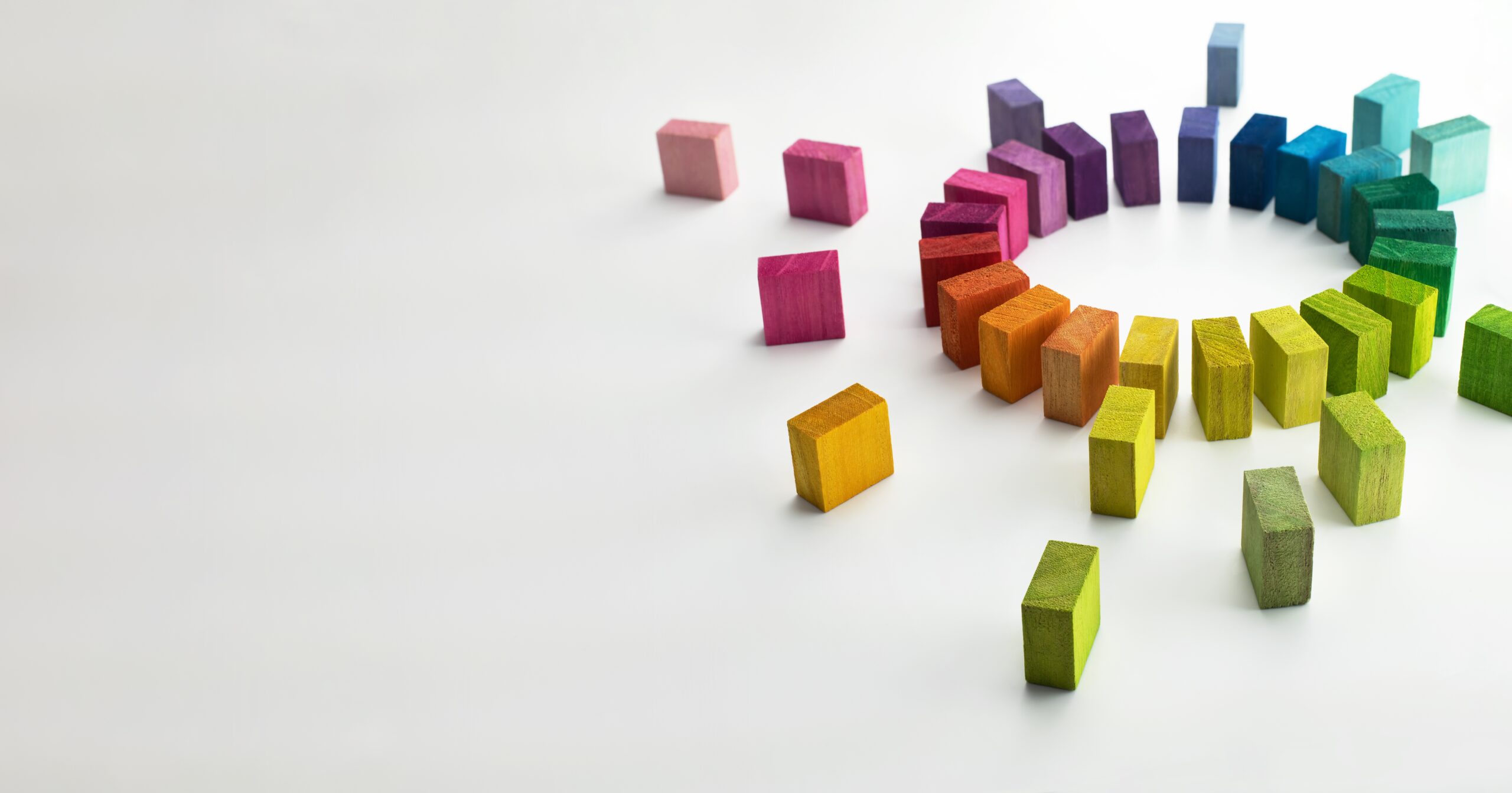 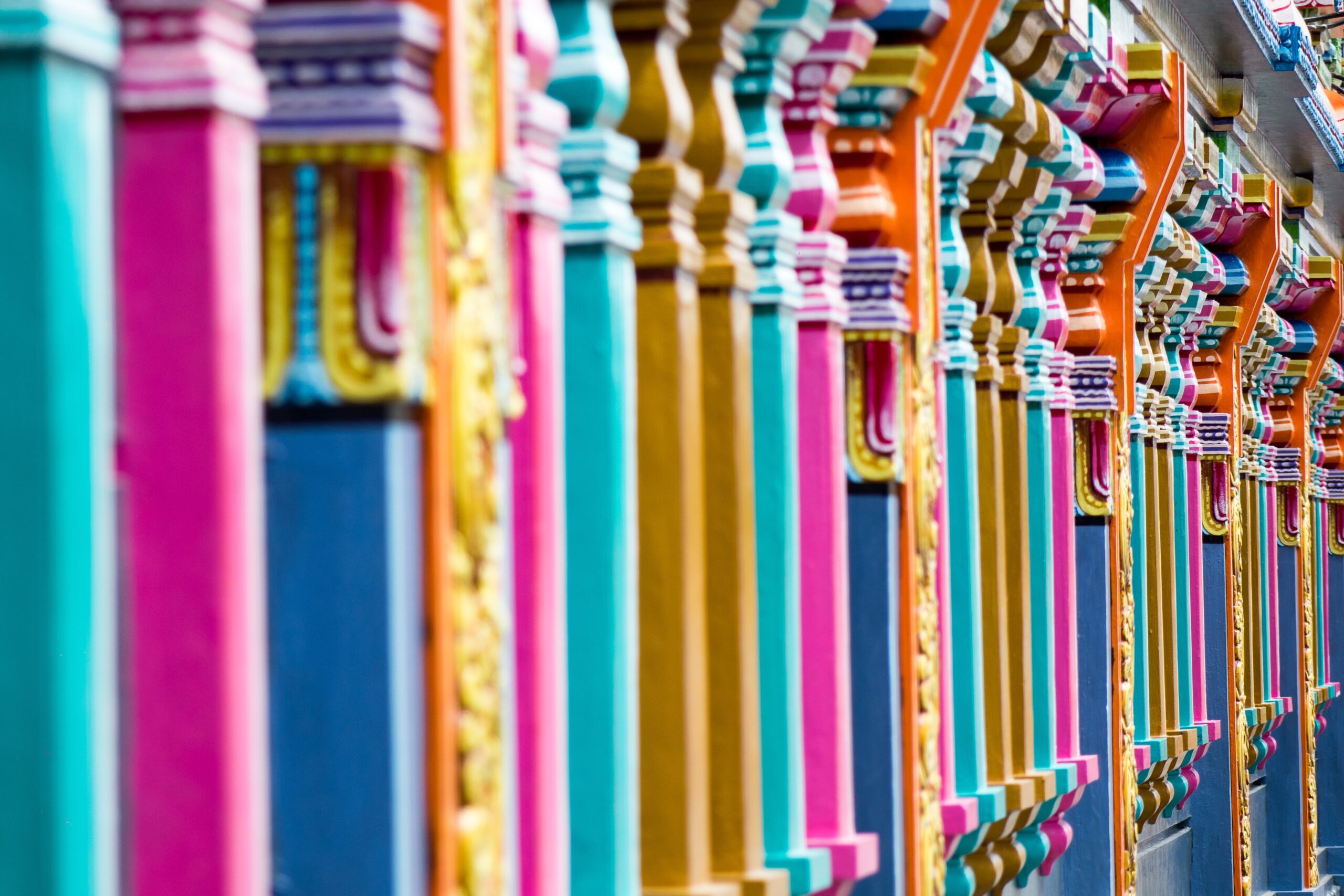 The Pillars of Support Project

While many have recognized the rising crisis of American authoritarianism, making sense of the complexity of the authoritarian system is a challenge. Is the true problem misinformation fueled by social...