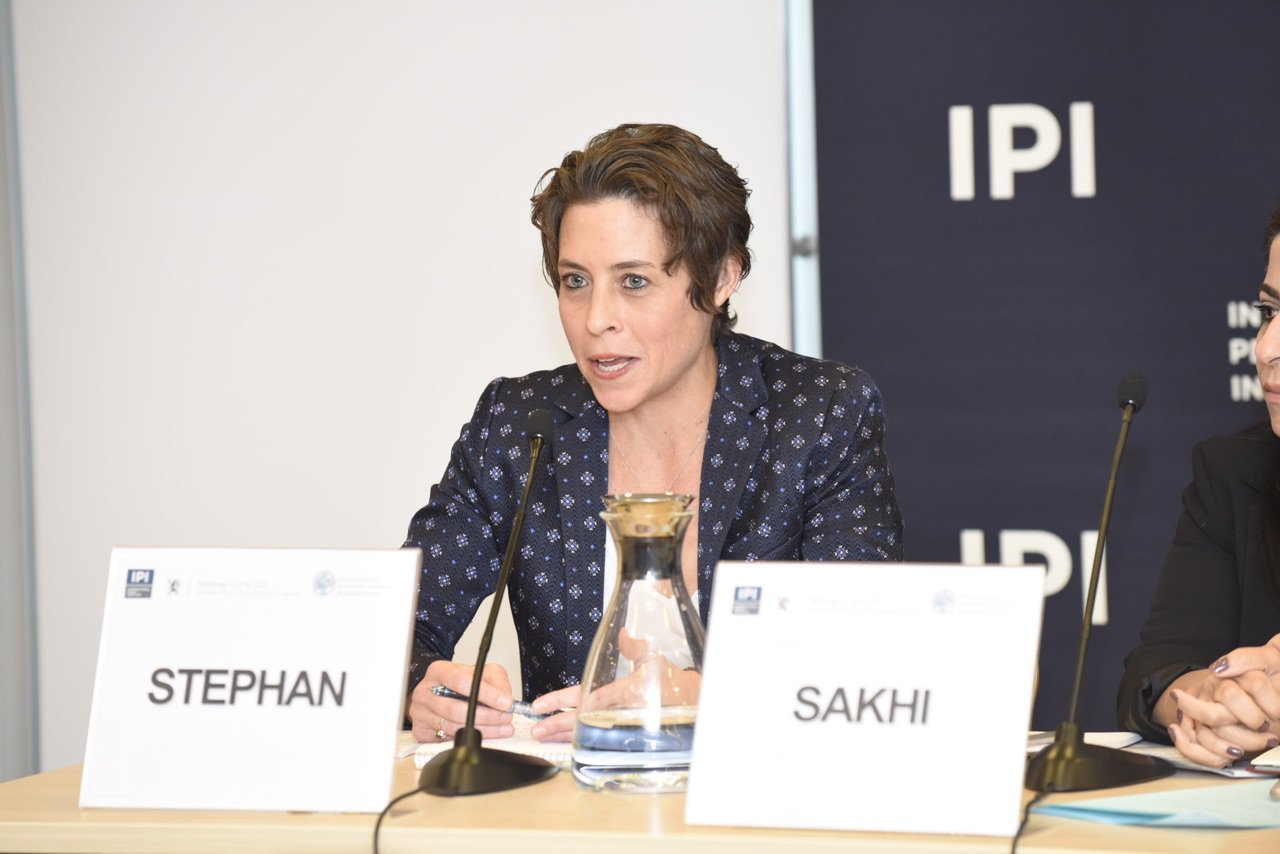 Maria is an award-winning author and organizer whose work in academic, public service, and nonprofit sectors has focused on the role of nonviolent action and peacebuilding in advancing human rights, democracy, and sustainable peace in the US and globally. As Chief Organizer, Maria provides strategic direction and thought leadership within Horizons, brokering key relationships, bridging research and practice, and convening partnerships for collective action.

Since cutting her teeth in social justice work at Dismas House, a transitional home for former prisoners and college students in Rutland, Vermont nearly 25 years ago, Maria has dedicated her life to the proposition that ordinary people, when organized and inspired, can bring about extraordinary change.

Stephan is the co-author (with Erica Chenoweth) of Why Civil Resistance Works: The Strategic Logic of Nonviolent Conflict, which was awarded the 2012 Woodrow Wilson Foundation Prize by the American Political Science Association for the best book published in political science, and the 2013 Grawemeyer Award for Ideas Improving World Order. Their second book together, The Role of External Support in Nonviolent Campaigns: Poisoned Chalice or Holy Grail? was published by ICNC Press in 2021. Stephan is the co-author of Bolstering Democracy: Lessons Learned and the Path Forward (Atlantic Council, 2018); the co-editor of Is Authoritarianism Staging a Comeback? (Atlantic Council, 2015); and the editor of Civilian Jihad: Nonviolent Struggle, Democratization and Governance in the Middle East (Palgrave, 2009). She has published articles and has been interviewed by media outlets including The Washington Post, NPR, Foreign Affairs, Just Security, Foreign Policy, and Waging Nonviolence.

Before joining the Horizons team, Stephan founded and directed the Program on Nonviolent Action at the U.S. Institute of Peace, overseeing global programming, applied research, and policy engagement focused on supporting activists, peacebuilders, and social movements in their struggles to advance more just, peaceful, and democratic societies.

Earlier, Stephan was lead foreign affairs officer in the U.S. State Department’s Bureau of Conflict and Stabilization Operations, receiving two Meritorious Service Awards for her work in Afghanistan and with Syrian activists in Turkey. She later co-directed the Future of Authoritarianism initiative at the Atlantic Council. Stephan directed policy and educational initiatives at the International Center on Nonviolent Conflict, helping connect cutting edge research on strategic nonviolent action to activists and movements globally. She has taught graduate and undergraduate courses on civil resistance and human rights at Georgetown University and American University.

Stephan received her BA in political science from Boston College and her MA and PhD from the Fletcher School of Law and Diplomacy. She received a Harry S. Truman national scholarship for public service and was a Fulbright scholar to Germany. Stephan, a proud Vermonter currently residing in New York City, is a lifetime member of the Council on Foreign Relations. She enjoys running, reading fiction, and going for long ocean walks and hikes in the woods.