Any movement that seeks to stand up against powerful opposition and advocate on important political issues must be prepared for a violent reaction. Eighty-six percent of major nonviolent movements around the world have faced significant violent government repression. And other forms of resistance to movements, such as disorganized violence or harassment by movement opponents, are so common that social scientists call it a “law” that movements will experience them.

But there are ways that movements can handle violence to their advantage. Through skillful rhetorical and practical strategies, they can cause the violence directed at them to backfire. Violence, rather than suppressing the movement it targets, can end up strengthening it. For instance, during the civil rights movement, attempts by the Selma police to violently disperse civil rights marchers backfired when dramatic pictures and footage of dogs and water hoses being turned on peaceful protesters sparked widespread outrage.

Why does violence backfire?

Violence backfires when news of violence is widely disseminated and the violence is framed as unjust, illegitimate, and possible to do something about. When these messages are clearly communicated and accepted, it can become psychologically costly for previously passive observers to simply stand by and ignore the violence. People sympathetic to the movement who have previously not participated in it can become emboldened to participate, and it can even change the perspectives of former opponents to be more sympathetic to the movement.

All these aspects (wide dissemination, framing as unjust, and framing as possible to do something about) are critical. If violence is perceived as regrettable but justly and legitimately carried out, then those learning about it will not be motivated to attempt to do anything about the perpetrators. If violence is perceived as unjust, but impossible to change, then audiences are more likely to be motivated to simply shrug their shoulders and accept it as inevitable. For instance, the rising frequency of mass shootings in the United States and lack of meaningful policy responses have sparked widespread apathy among most Americans.

What situations make it less likely that violence will backfire?

Structural racism and engrained patterns of prejudice make violence less likely to backfire. In an online experiment, simply showing a picture of Black protesters made American survey respondents more likely to describe a protest as violent and say that police should stop it. However, survey respondents disapproved much more vigorously of actual physical violence. People from marginalized groups face additional challenges when it comes to sparking backfire. Yet through maintaining nonviolent discipline they can maximize their chances of doing so. Highly polarized environments also make backfire more challenging, as partisans may be more likely to simply perceive their opponents’ actions as violent, no matter what they do.

A media environment suffused in misinformation and disinformation also presents a significant challenge to sparking backfire. For example, in 2020, data clearly shows that the Black Lives Matter movement was overwhelmingly peaceful, even more peaceful than the civil rights movement of the 1960s, despite facing significant violence from police forces and movement opponents. Yet polarized media discourses that spread misleading or inaccurate information about high levels of violence in BLM protests undermined support for the protests and reduced the backfire of violence directed towards them.

What can movements do to increase the potential for violence to backfire?

The standard toolkit to prevent violence from backfiring involves five key steps: cover-up, devaluation, reinterpretation, official channels, and intimidation/bribery. Perpetrators of violence seek first to prevent information about the event from emerging, then to devalue the targets of violence, then to reinterpret the facts to make them seem less damaging, then often to diffuse and redirect popular anger through time-consuming official channels, and finally, when all else fails, to intimidate or buy off those who might spread information about the violence. In a polarized environment, reinterpreting the facts is often the centerpiece of this toolkit. For instance, media and political figures on the far Right have sought to downplay the violence of the January 6th attack on the Capitol or claim that the attack was a “false flag” operation conducted by government agents or the far Left.

Enhancing backfire involves denying opponents these five strategies: clearly communicating information about violence, validating the target of violence, interpreting the situation as unjust, refusing to let official channels sap legitimate outrage, and insulating against intimidation and bribery. These struggles over communication and interpretation can be deeply challenging and are best taken advantage of when they have been extensively planned and prepared for in advance. As scholar and activist George Lakey put it: “it is not repression that destroys a movement, it is repression plus lack of preparation.” Researchers have studied many avenues that can heighten the “paradox of repression” and increase the chances of backfire. While the specifics vary widely across cases, a few consistent patterns stand out.

Build Institutions and Trusted Networks: Movements that have strategized about how to respond to violence, and put in place structures to respond to it, are much more likely to successfully spark backfire. One study found that backfire was much more likely when movements had previously invested in external and internal institution-building, particularly in institutions that facilitated “communication channels and tactical adaptability.” Movements that had built strong networks throughout social groups were able to draw on those networks to mobilize in response to that event, and to mobilize participants to engage in follow-up tactics that could show their opposition to the violence while putting them at reduced risk of violence themselves.

Get the Word Out: One of the key things that organized institutional structures can do is ensure that violence is clearly communicated and that attempts to cover up violence fail. Social media has made government cover-ups more difficult, leading to protests spreading more rapidly once they’ve been initiated. Yet social media has also exacerbated misinformation and disinformation, reducing people’s trust in publicly communicated information. Building relationships of trust across partisan and identity lines before a violent event occurs may make it easier to diffuse information about violence when it occurs. Movements should strategize each step in the communication chain, from the original source of information about violence, to the ways in which it is transmitted, to how different audiences receive and react to it.

Maintain Nonviolent Discipline: By adopting and sticking to nonviolent tactics, even in the face of violence, activists can highlight the injustice and illegitimacy of violence towards them, preventing attempts by their opponents to devalue the targets of violence, for example by reinterpreting state violence as necessary law enforcement. A growing series of studies show over and over again that even modest levels of physical violence significantly reduces support for that movement. Movements can improve nonviolent discipline through training, choosing more dispersed tactics that reduce the chances of direct physical confrontation.

Focus on Overcoming Fear and Apathy: Backfire is a product of society’s interpretation of a violent event, not directly of the event itself. One part of shaping this interpretation is through highlighting violence’s injustice. A second is not allowing the violence to lead to paralyzing fear and apathy. In Zimbabwe, the Women of Zimbabwe Arise movement achieved this through building a culture where they “turned arrests into a celebration of successful resistance…beatings, arrests, and detentions became a badge of honor.” Leaders walked at the front of protests that were likely to face police brutality, and thousands courted arrest when a single protester was arrested.

While the situation in the United States differs from Zimbabwe, and the movement for democracy faces a variety of different forms of violence, from online harassment to threats from heavily armed conspiracy theorists the same underlying principle holds reinterpreting violence as a badge of honor and sign of the impact of resistance can keep core members of the movement motivated and defang the power of the violence turned against them. Violence towards the movement should never be accepted as just or inevitable, but neither should it be treated as something so horrific that it paralyzes a movement with fear. Instead, movements can empower their members to accept violence as a sign that their work is touching on critical and impactful issues and is even more important to continue.

The Horizons Project is partnering with Rotary International to explore how to embed concepts and practices of forgiveness, accountability, and societal healing within Rotary clubs and their partners around the... 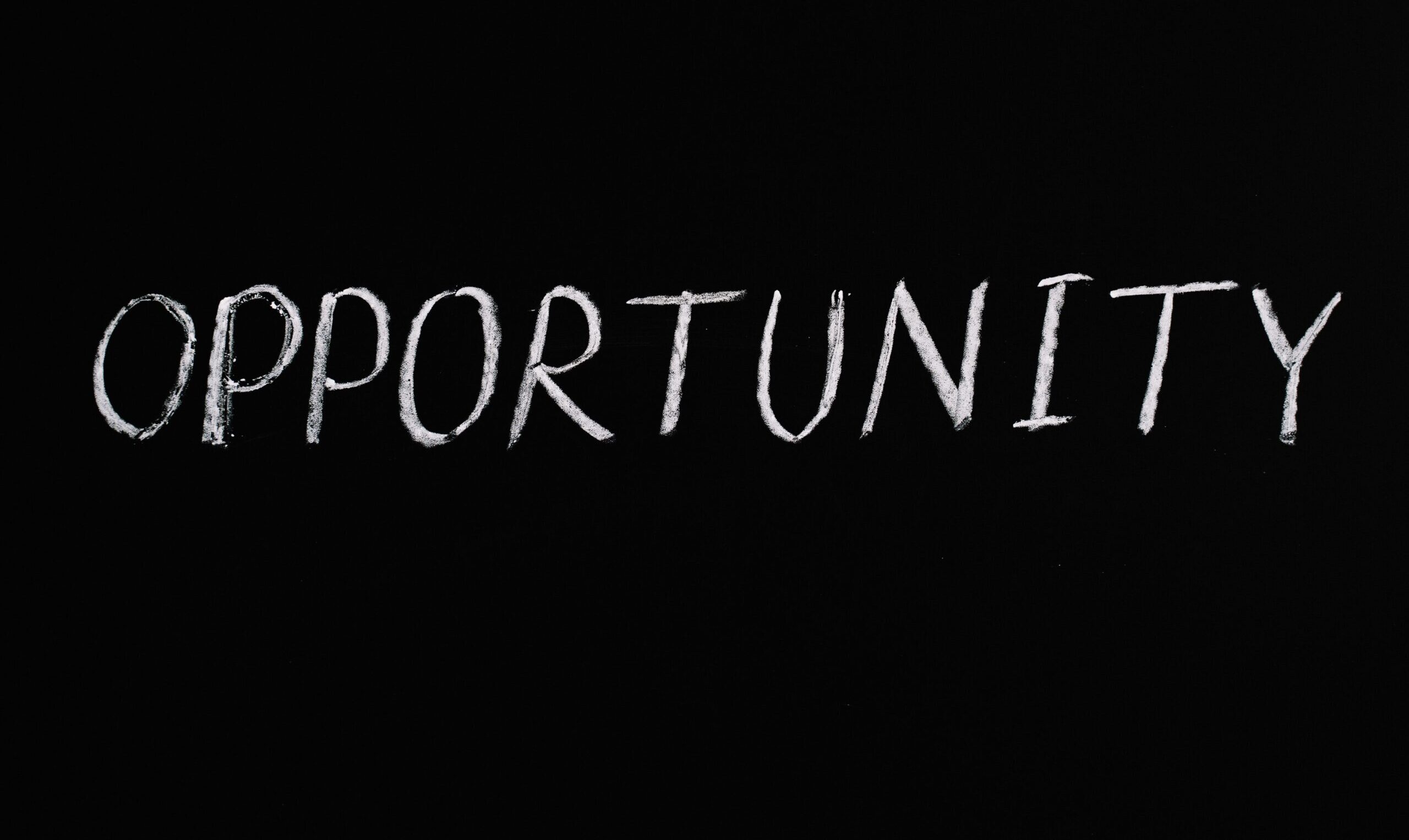 In the Northern hemisphere, August is a quiet month when we try to stay cool, hopefully take time off, and then prepare for the academic year to kick off again....