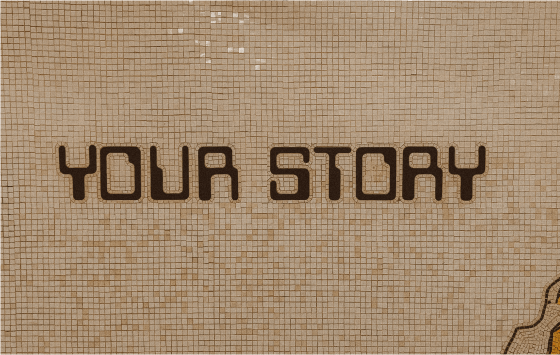 What are the common values that underpin US democracy? What is the “big story” we all share about how society should work and how we fit together as citizens?

In the US today, with levels of toxic polarization astoundingly high, the narratives we use to make sense of the system and the sacred values we hold around democracy seem to be as divergent as ever. But by understanding these narratives and values, we can begin to rediscover how to respect different world views and commit to America’s future together.

Experts shared some of their latest research and practice in a recent session on Democracy Narratives and Sacred Values co-convened by the Horizons Project with the Alliance for Peacebuilding for their Spring Series on Preventing and Reducing Conflict and Instability in the United States: Shaping What Comes Next.

Narratives are about how we make sense of the world and the overarching way we understand what’s happening around us and our place in it. The Opportunity Agenda describes the concept as “a Big Story, rooted in shared values and common themes, that influences how audiences process information and make decisions.” They are shaped and reinforced by political discourse, media, social media, symbols, and even conversations at the dinner table.

What does all this mean for American democracy? Julia Roig, President of PartnersGlobal says that being curious about the big stories we and our fellow citizens tell ourselves about our system is essential.

“Finding the right big story for US democracy is so important right now,” she said. “This is not about clever messaging campaigns. It’s about engaging with our deepest understanding of what democracy means to us, why it’s important, and how our engagement at this level of meaning-making is needed to drive new behavior and systemic change.”

When sacred values get activated

Like narratives, sacred values operate at a subconscious level. They are the values we act on as a duty, rather than a choice.

“They are literally processed in the brain differently than normal values and in different places,” explained Nichole Argo, PhD, is the Director of Research and Field Advancement at Over Zero.

While anything can be sacralized, in our democracy sacred values often form around issues like family separation, gun rights, or being pro-choice or pro-life. Argo pointed out that if someone breaks your moral rule and treats your sacred value like a regular value, it will backfire.

“Your brain just knows you shouldn’t break the rule. If it feels like you might, or you are being asked to, you’ll be enveloped in anger, shame and moral outrage.”

Her research shows that values tend to become more sacred when people thing they are at risk of losing something that matters (economic security for example); their in-group cares deeply about a value; or they experience discrimination or rejection. These slights can be real or perceived, but the result is the same if your sacred value is in jeopardy: outrage, anger and a disgust toward the person violating your sacred value.

The lesson here is that sacred values themselves are not a problem. But when citizens disagree over what should be sacralized and don’t understand how to communicate around these values, we get begin to denigrate or dismiss those who think differently.

“We need to recognize that when sacred values exist, you can’t make marketplace tradeoffs or try to persuade someone their value is wrong. But you can seek to understand what’s beneath it, acknowledge it, demonstrate respect for them and their value, and preserve the relationship,” she said.

How well do we know “the other side”?

Interestingly, the left/right political divides that don’t always hold when it comes to sacred values. A 2020 survey by Over Zero and the American Immigration Council found that immigration issues were considered sacred by at least a third of the sample, both on the left and the right. More than half of respondents (56%) sacralized family separation, for example.

The study also found that while liberals generally sacralize open stances (i.e.  open immigration) and vice versa for conservatives (i.e., withholding public support for unauthorized immigrants), there are issues where those on the left and right converge. Several members of both groups support the open stance of creating a pathway to citizens for DACA recipients.

The democratic norms we hold on the left and right also don’t fall that far apart, but our perceptions of how those outside our groups connect to these norms are very off-base.

In a recent nationally representative experiment led by Dr. Michael Pasek at The New School and Dr. Samantha Moore-Berg at UPenn, participants were asked about norms around fraud-free elections, equal rights, abuse of power by government officials, and protections from political interference in law enforcement investigations. Scores ranged from 1 (not at all important) to 100 (extremely important). Both Democrats (Mean = 90) and Republicans (Mean = 87) held these democratic norms to be important.

This drastic difference in perception of our in- and out-groups has huge implications for American democracy, explains Barsa.

“We found that the more inaccurate and biased participants were in their meta-perceptions (believing that ingroup members valued norms that outgroup members did not) the more willing they were to violate democratic norms themselves.”

So where do we go from here given our divergent narratives, behaviors around sacred values, and wildly inaccurate perceptions about out-group norms?

Tod Lindberg, a Senior Fellow at the Hudson Institute says that despite these tensions, we shouldn’t underestimate the sources of resiliency

Argo offers that future research could test strategies like employing threat reduction narratives, signaling norms of deliberation and dialogue within our political groups, or affirming the shared values and intentions of different segments of the population as they pertain to immigration stances, for example.

Barsa suggested that “Since we know that group norms impact sacralization, there may be potential to target in-group norms.”

She proposes looking at norm change or demonstrating that a perceived norm is not in fact sacralized by the group to the extent members might think it is. She also suggests we should try to cultivate a superordinate American identity beyond our political or group identities.

The path out of this is long and complicated but not impossible. Ultimately, as Julia Roig said, “We are called to stay curious, to interrogate our own worldviews and the stories we tell ourselves about our own identity and those who disagree with us. In a healthy democracy, different points of view of policy are welcomed and should lead to better outcomes.”


WHAT WE’RE READING, WATCHING & LISTENING TO AT HORIZONS  There are so many wonderful insights and ideas that inspire us at The Horizons Project, helping to make sense of what’s...


In the Northern hemisphere, August is a quiet month when we try to stay cool, hopefully take time off, and then prepare for the academic year to kick off again....

Authoritarianism: How You Know It When You See It

Purpose: The purpose of this document is to help US organizers, bridge-builders, and ordinary people understand the key attributes of authoritarian systems, how authoritarians wield power, and ways to counter...