Polarization is generally considered a necessary and healthy aspect of democratic societies. In his writing on social change work, Quaker activist and trainer George Lakey compares polarization to “a blacksmith’s forge,” one that heats up society and makes norms and institutions malleable and more susceptible to change.

Toxic polarization limits our ability to humanize and engage with political opponents. It influences where we live, the information we consume, who we hire, and even the health care decisions we make. While toxic polarization has caused increasing numbers of people to view the other side as an existential threat, it has also created chronic exhaustion among Americans. In toxically polarized societies, people tend to exaggerate the extent to which they disagree on policy issues. A recent project from Beyond Conflict found that Americans incorrectly believe that members of the other party dehumanize, dislike, and disagree with them about twice as much as they actually do. Citizens along the ideological spectrum believe we are more polarized than we are, which can exacerbate polarization and make us less willing to work together to solve problems. It also makes it more difficult to agree on the nature of the problems we face.

At The Horizons Project, we are exploring how different actors within the ecosystem of peacebuilding, social justice and democracy have different theories of change and priorities to engage with the topic of polarization which can cause tensions and prevent collaboration. The following is a summary of those points of tension, followed by a list of recommended resources.

Obviously, there is truth and need in all these various approaches and perspectives. Yet, until we name and wrestle with these tensions within the ecosystem, we won’t be able to deal effectively with our trauma, better hold space within ingroups, and lessen the criticism and resentment towards potential allies. New tools and conversations are necessary to rediscover our shared, higher-level goals of protecting our democracy and to prevent the very real threat of increasing levels of violent conflict. The Horizons team looks forward to working with its partners to explore and expand on the current research and tools available to manage polarization in a way that it promotes innovation and not toxicity.

Interested in learning more? Check out ten resources on Good vs. Toxic Polarization that are inspiring us right now.

Good vs. Toxic Polarization: Insights from Activists and Peacebuilders, The Horizons Project

Polarizing narratives are key tools of nonviolent mobilization and social justice activism. But today, deep-seated polarization, exacerbated by a growing faction that rejects basic democratic norms and practices, threatens the foundations of our democracy. Differentiating between healthy and toxic polarization is vital among activists and peacebuilders to inform and align our strategies. What aspects of polarization are healthy and normal in a democratic society, and when can this polarization tip over into toxic conditions?

Review: Polarization: Understanding the Dynamics of Us Versus Them, Ilse Van den Berckt, Beyond the Horizon

“Bart Brandsma’s book at hand is a timely and precious contribution considering the time we live in. The book opens up the debate on how to manage divergent voices and preserve public order while respecting the democratic right of free speech and free articulation of thoughts. Declaring war on bigotry and dualistic (black-white) world view but at the same time taking into stock the need to address the societal reality, the author delves deep into minute dynamics of public debate, mechanics of argumentation and idiosyncrasies of human behavior.”

“We can recognize the mindset of the polarizer, but how does the depolarizer understand conflict and try to make sense of the world? Here is an attempt to answer these questions, by way of proposing the seven habits of highly depolarizing people.”

Why we don’t need to meet in the middle – but we can’t allow political polarization to fester unchecked, Nathan Bomey, USA Today

America’s Divided Mind: Understanding the Psychology that Drives us Apart, Beyond Conflict

“New insights from brain and behavioral science explain how polarization is fueled by Americans’ misperceptions about each other. Learn more about the psychology that drives us apart, and how we can start to reverse it.”

“We live in polarized times. Polarization is a dangerous process that, if unchecked, can eventually lead to civil war. To stop polarization, we first need to to understand it. This comic/animation is based on a model of polarization developed by Bart Brandsma. It explains the process of polarization and for example migration and what kind of journalism can help stop and reverse this process.”

“The way out of our current culture of contempt can be hard to see unless you know where to look. This book will show you. It offers insights from leading research on how deeply divided societies can and do change. It will suggest what you can do – the actions, skills and competencies that will help you navigate these times most effectively – as well as what to look for in groups and organizations in your community that are already at work making America more functional again.”

Poles Apart: Why People Turn Against Each Other, and How to Bring them Back Together, Alison Goldsworthy, Laura Osborn, and Alexandra Chesterfield, Random House

“In Poles Apart, an expert on polarisation, a behavioural scientist and a professional communicator explain why we are so prone to be drawn into rival, often deeply antagonistic factions. They explore the shaping force of our genetic make-up on our fundamental views and the nature of the influences that family, friends and peers exert. They pinpoint the economic and political triggers that tip people from healthy disagreement to dangerous hostility, and the part played by social media in spreading entrenched opinions. And they help us to understand why outlooks that can seem so bizarre and extreme to us seem so eminently sensible to those who hold them.”

Are We Overdoing Democracy?, The Exchange, New Hampshire Public Radio

In this podcast, Philosopher Robert Talisse describes the danger of bringing groups together based on their political identities to “dialogue” as reinforcing the prominence of our political identities and recommends instead that we focus on building community outside of our role in democracy, and instead create civic friendships.

Other great books on polarization

“So many political and social issues turn into battlegrounds where people aggressively declare that they’re in the right, and that those who disagree are simply too dumb or misinformed to understand. But the good news is that it doesn’t have to be this way. We all have the capacity to listen and empathize, and we can inspire others to do the same. So, to do your part in healing our divided social discourse, start by checking out the nine thought-provoking books.”


WHAT WE’RE READING, WATCHING & LISTENING TO AT HORIZONS  There are so many wonderful insights and ideas that inspire us at The Horizons Project, helping to make sense of what’s...

MAPPING THE ECOSYSTEM OF SOCIAL CHANGE

This overview was created after a convening of organizations and networks who are endeavoring to map the larger “ecosystem of social change,” including social justice, bridge-building, and democracy organizations, practitioners,... 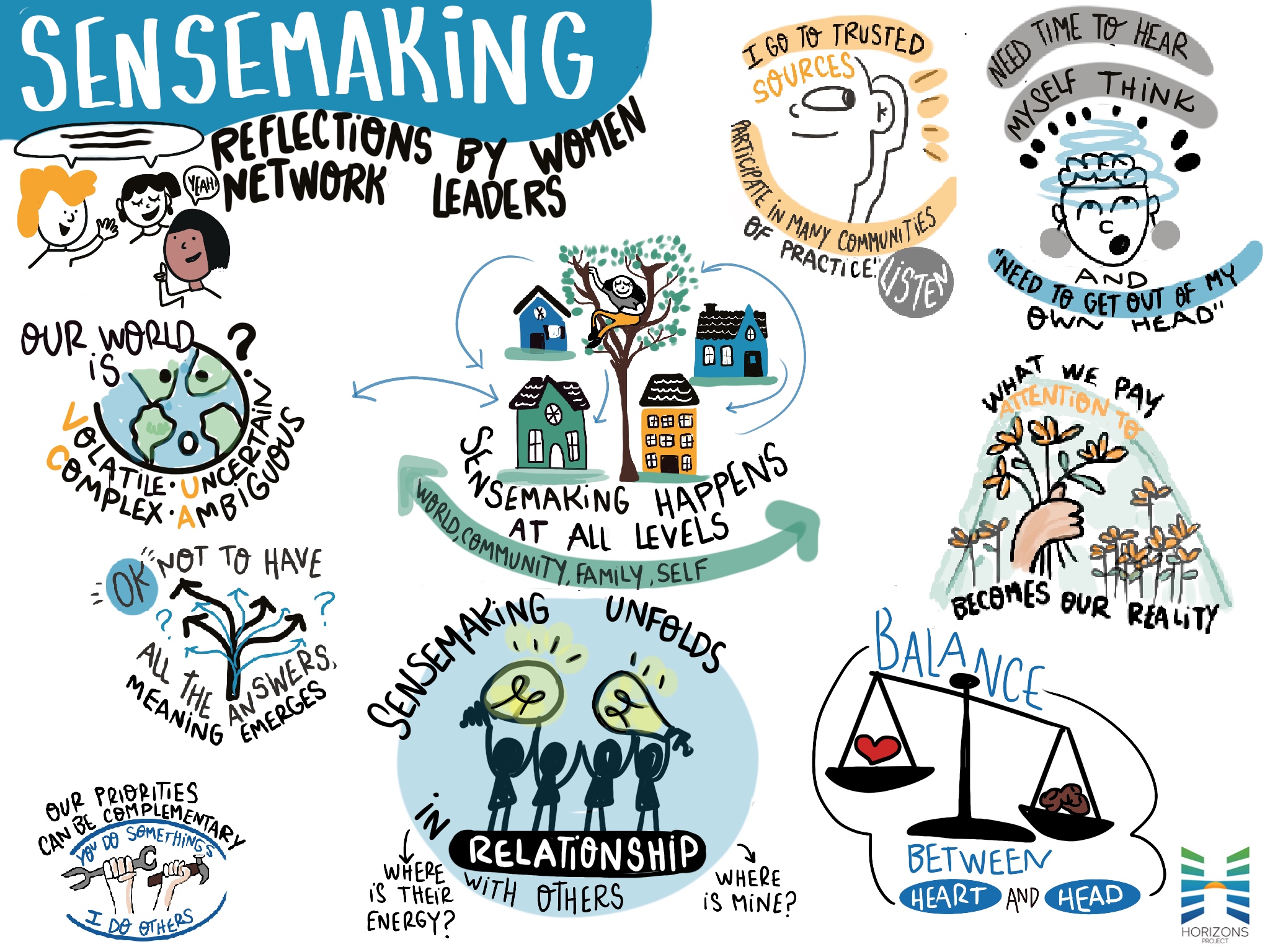 One of the three lines of work of The Horizons Project is “sensemaking.” As organizers and coalition-builders who believe in the power of emergent strategy, the practice of sensemaking is...